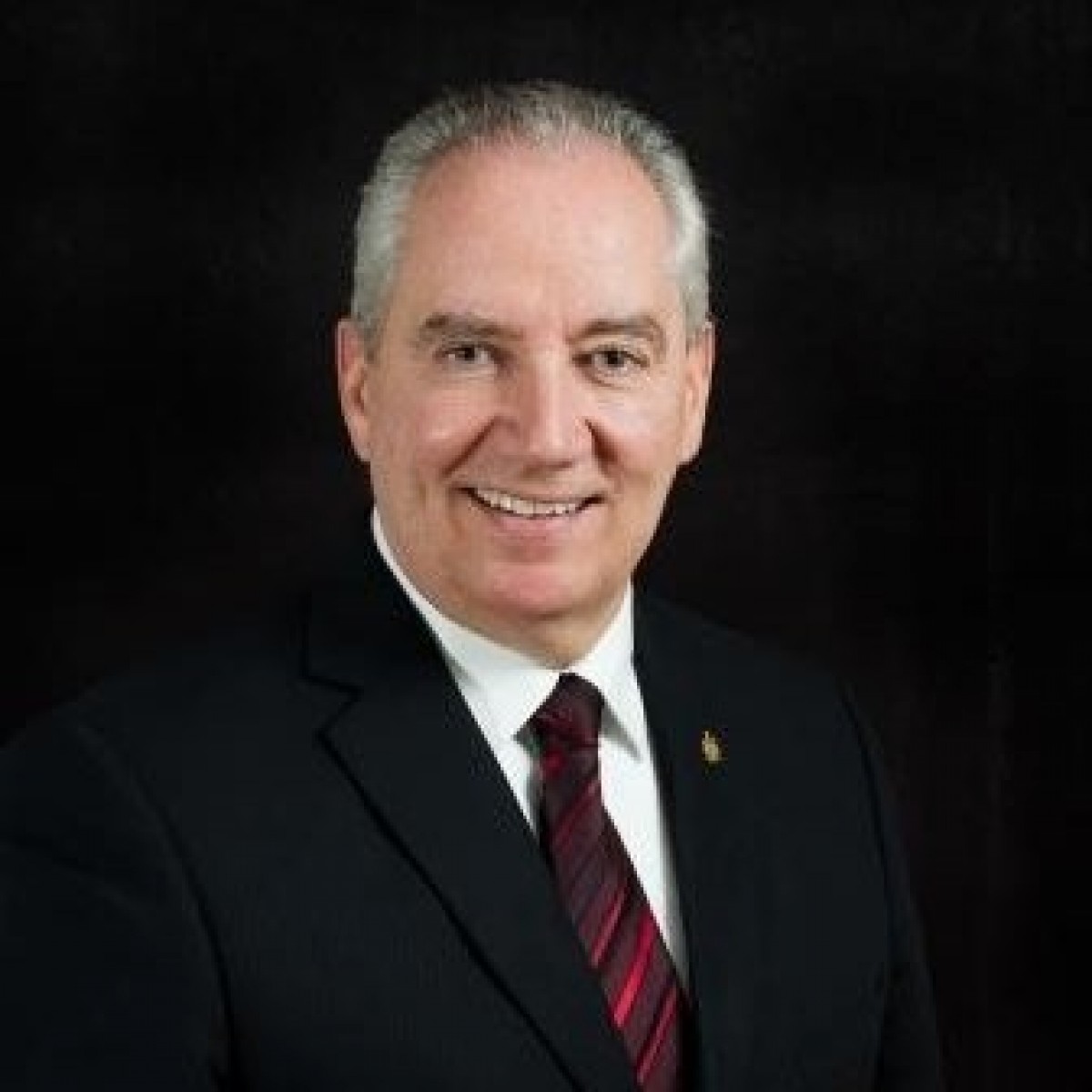 Tom brings over thirty years of experience as a teacher, educational leader and administrator at St. Paul’s High School to the wonderful challenge of leading the establishment of Gonzaga Middle School as the first Nativity model school in Winnipeg, Manitoba. Tom taught Chemistry, Biology, Science and several Religion courses at St. Paul’s. He also served as Science Department Head, Pastoral Team Chairperson, Vice-Principal and then Principal for the last 11 years.

During his sabbatical year Tom took on the role of Project Director for the Winnipeg Nativity School Feasibility Study which culminated in the decision by the Working Committee to launch Gonzaga Middle School.

In the past, Tom has directed the Spiritual Exercises of St. Ignatius Loyola, has served as Vice-President and then President of the Catholic Foundation of Manitoba for several years and has also coached volleyball and soccer at the school and club level. Tom looks forward to bringing his passion for educating young people to his work for GMS. 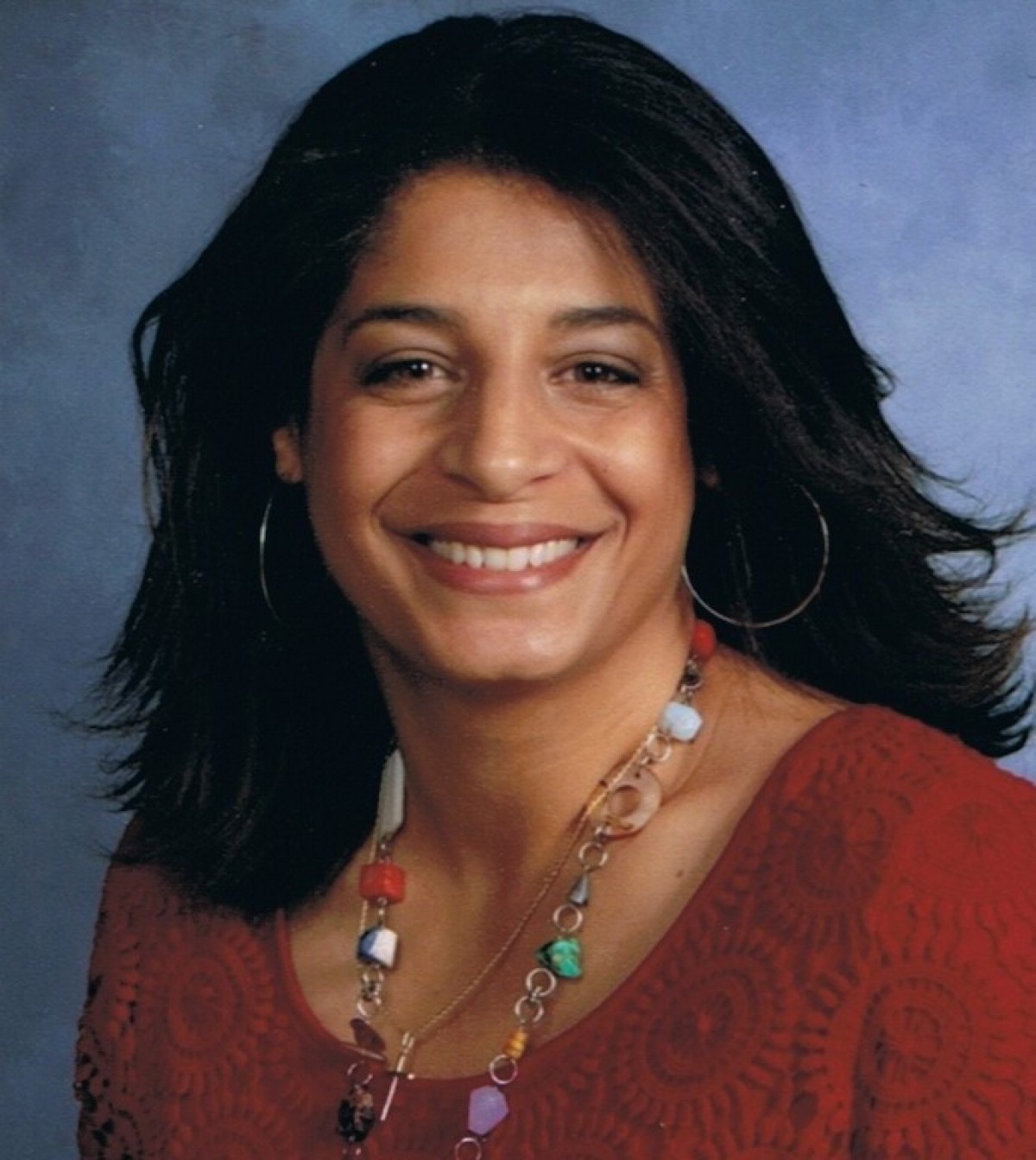 Rachael brings many years of experience as a teacher, inclusive education specialist, school administrator in rural and urban Catholic schools in Alberta, and most recently as Principal at a parochial Catholic school in Winnipeg.  She has worked with students from all grade levels and with a wide range of socio-economic and cultural backgrounds.

Rachael is excited to take on a leadership role at Gonzaga Middle School. She looks forward to bringing her passion for life-long learning and working with students to help them fulfill their potential.  She also looks forward to establishing strong relationships with families and the community and making a strong contribution to the GMS educational team. 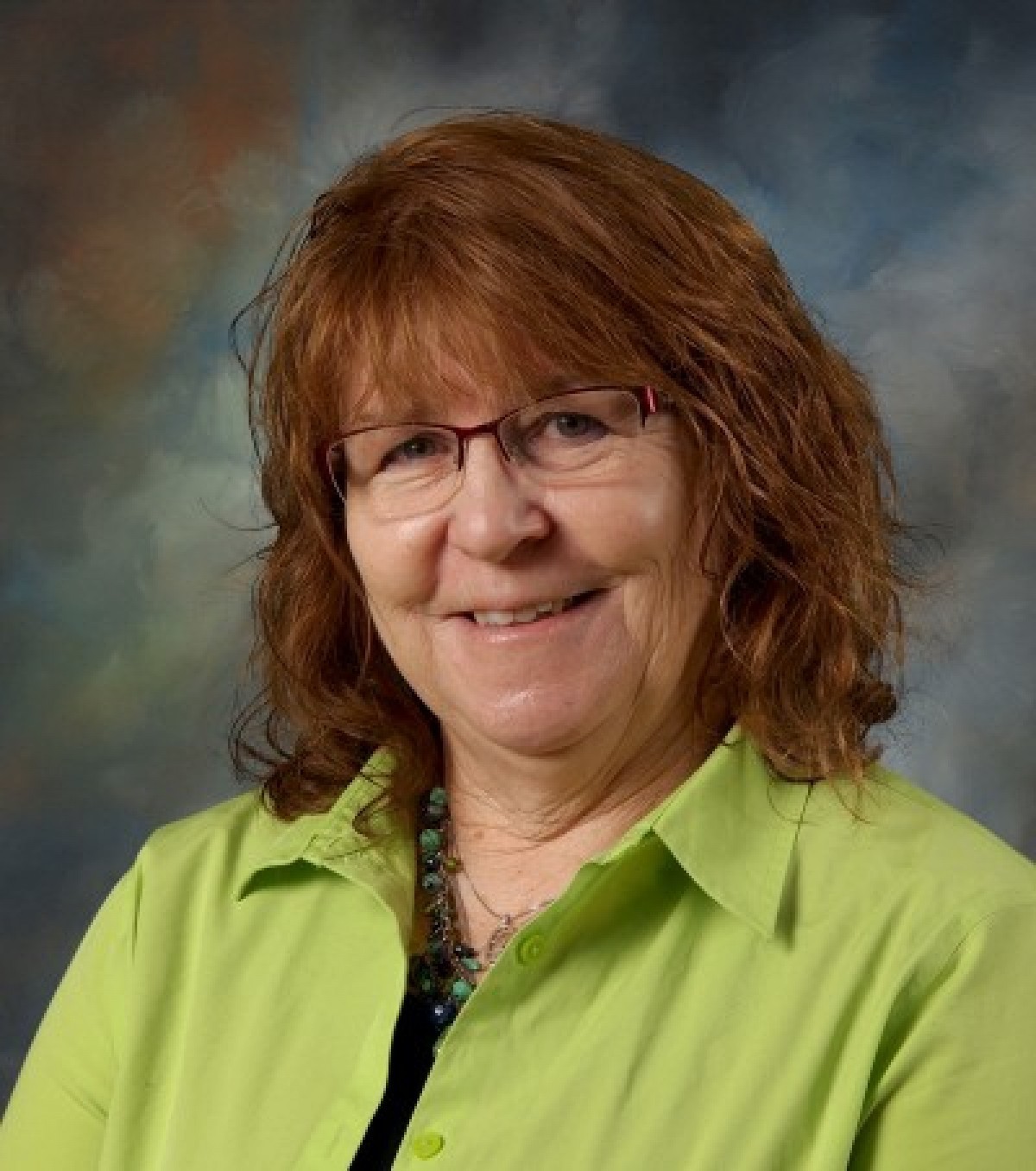 Siobhan brings over thirty years of teaching and educational support experience with at-risk youth, indigenous and new-Canadian students and communities to GMS. For twenty five years she worked for the Winnipeg School Division in the Inner City District as a classroom, resource, guidance and Special Education resource teacher. Siobhan has also worked in the Interlake School Division as a Student Services Administrator and Aboriginal Education program developer and implementer. She also serves on the Manitoba Treaty Relations Commission Provincial Facilitation team and comes to GMS after serving most recently in Seine River School Division as a Guidance Counsellor and Instructional Coach. She is known as a strong advocate for children who builds strong relationships with students and families. Siobhan looks forward to mentoring students and supporting teaching and learning and families at GMS. 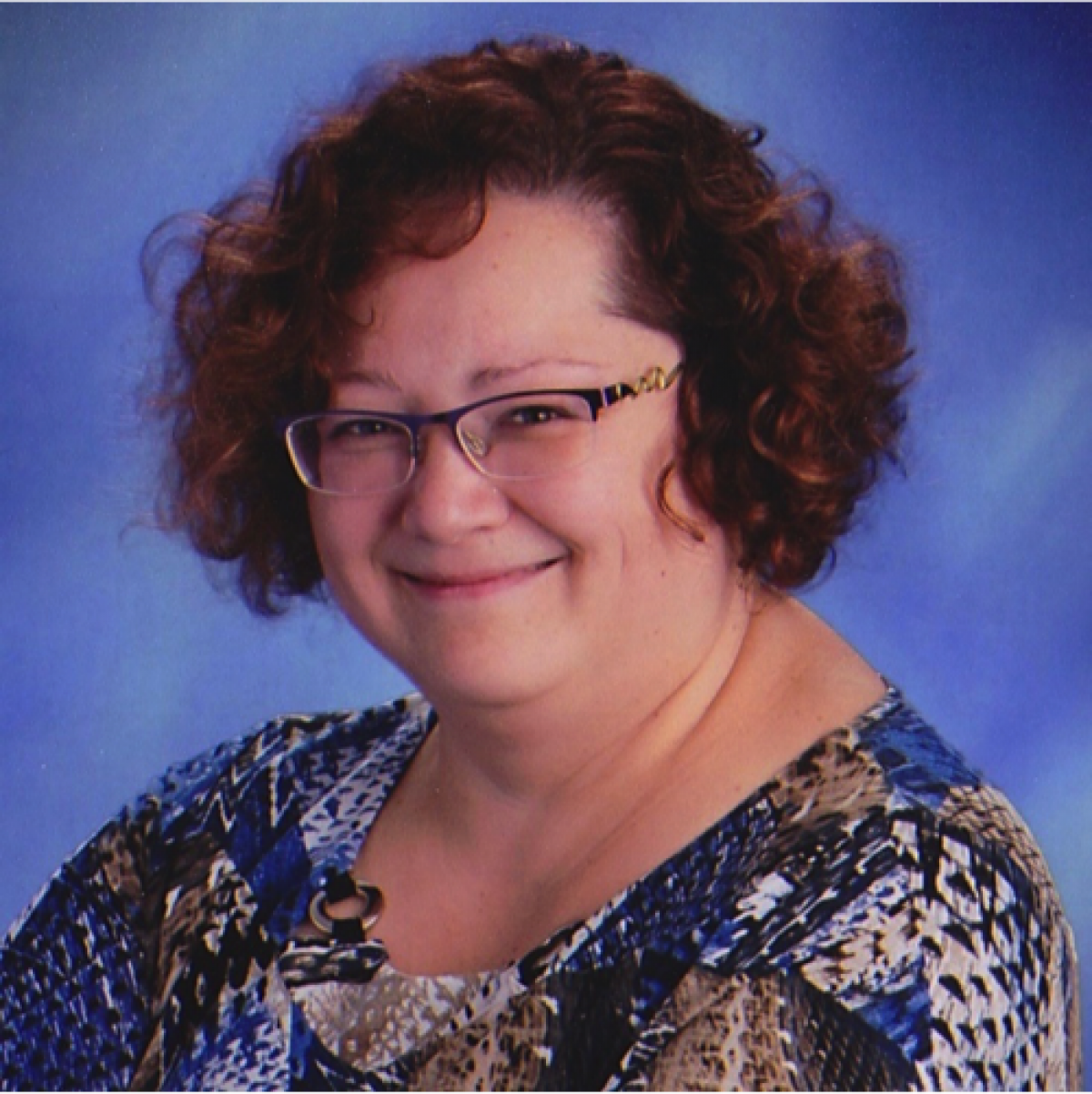 Laurie-Anne brings over twenty years of teaching experience to GMS. She has a deep passion for developing students’ literacy skills and is known as an instructional leader and innovator. Laurie-Anne is a strong advocate for assessing and meeting student needs. She is a leader in integrating technology into teaching and learning. She comes to GMS from St. Alphonsus Catholic School where she taught for over 15 years. Having grown up in The Pas, she is proud of her Metis heritage and after graduating from the University of Manitoba she returned to northern Manitoba and taught for several years at George Knott School in Wasagamack First Nation and also at schools in The Pas and Thompson. She has been an active member of the Reading Council of Greater Winnipeg including serving on the executive for many years. Laurie-Anne is looking forward to new challenges and opportunities to teach and serve children and the community as a teacher at GMS. 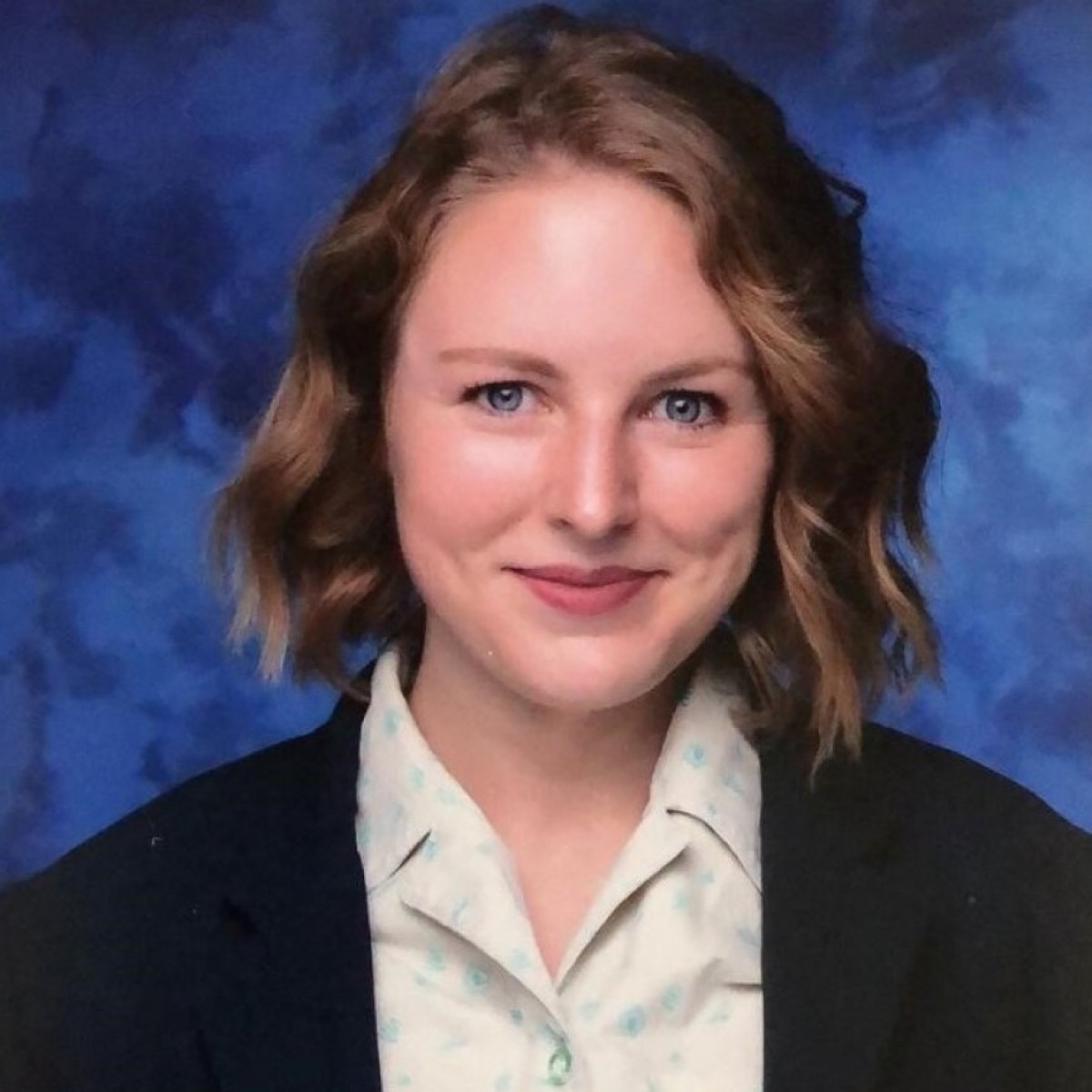 Emma brings experience, enthusiasm and dedication to GMS as the lead Grade 7 teacher at GMS. She graduated from the Integrated-degree program at the University of Winnipeg with a Bachelor of Arts (History, Social Studies) and Bachelor of Education. After graduating, she taught Grade 4 and middle years Mathematics at a Manitoba accredited school in Thailand for two years. She then taught Grade 2 for a year in Winkler.  She comes to us after teaching Grade 7/8 for a year at Eriksdale School.  Emma grew up in Winnipeg and graduated from St. Mary’s Academy. She brings a passion for Social Studies and encouraging students to learn from talking about important issues.  Emma has experience supporting children of diverse backgrounds and ages, having worked as a support worker and at a daycare. She has coached rugby, running club and supported various after-school and camp programs. Emma looks forward to inspiring Gonzaga students to engage in their own learning by providing a safe, positive, supportive environment that encourages critical thinking, choice and student voice. 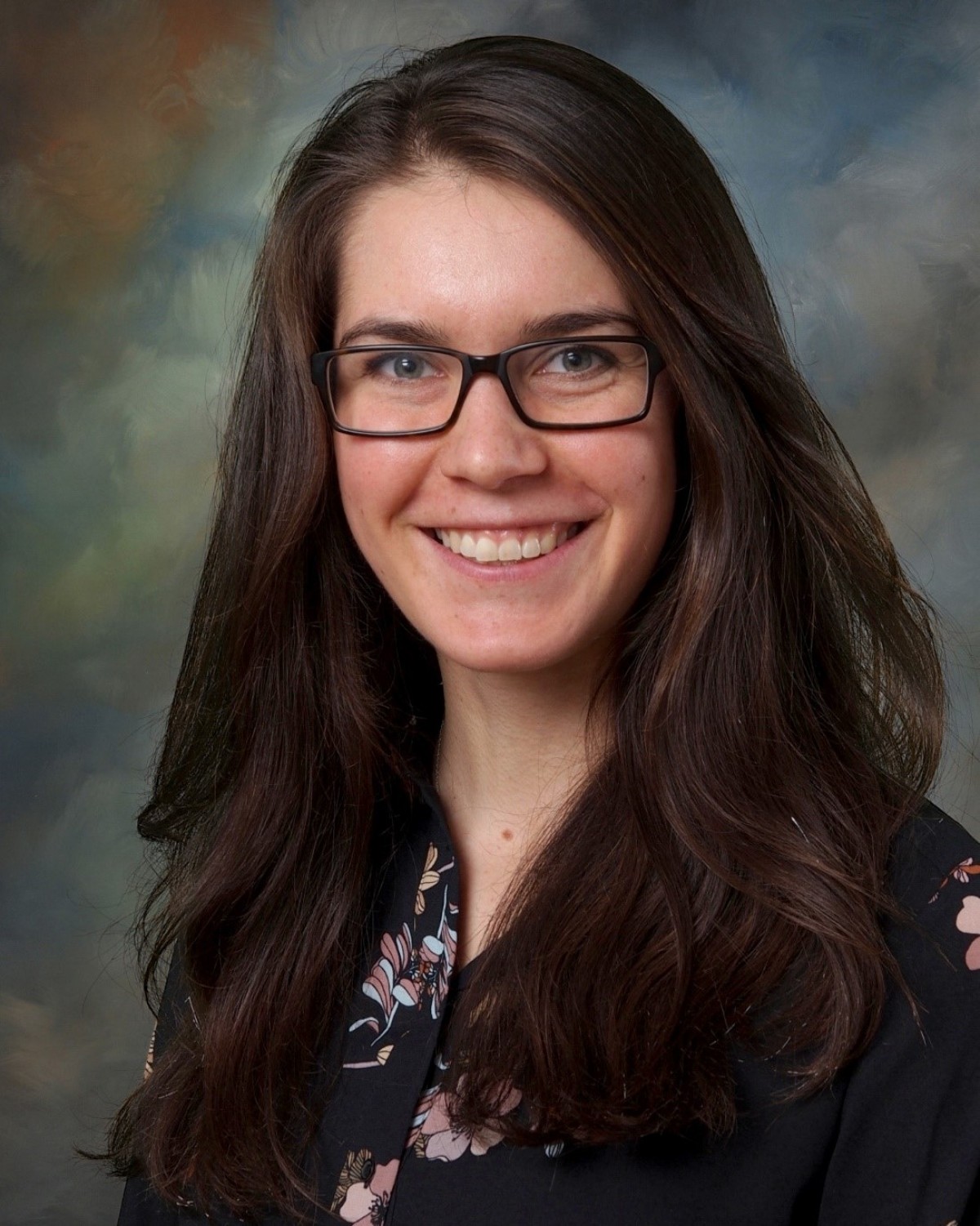 Jamie brings passion and dedication to GMS as the lead Grade 8 English Language Arts and Mathematics teacher and Physical Education teacher at GMS. She graduated from the Integrated-degree program at the University of Winnipeg with a Bachelor of Science (Mathematics major) and Bachelor of Education. After teaching for a year in Winkler, she looks forward to bringing high learning expectations while meeting the needs of diverse learners to GMS. She also brings experience as a teacher and mentor for at-risk youth in the New Directions Training Resources for Youth program. Jamie played many sports while growing up in Winnipeg and is interested in sharing her passion for physical activity and interest in diverse cultures to students. She also looks forward to bringing her passion for literacy and mathematics skill development to GMS.   She identifies as Metis and values creating an inclusive classroom based on mutual respect while inspiring students to do their best and develop toward their potential. 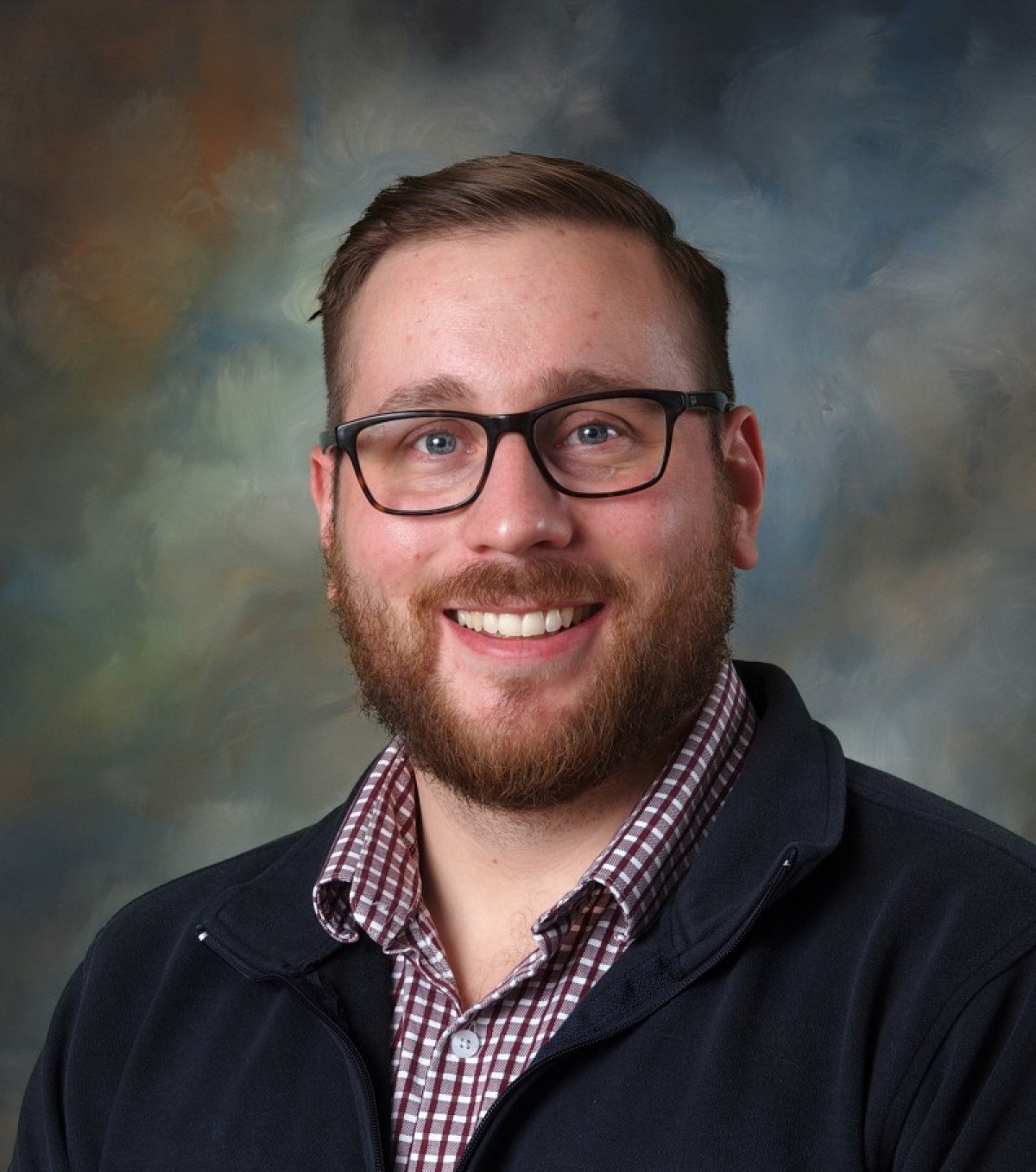 Antony brings enthusiasm and commitment to GMS as the Grade 8 Social Studies and Science teacher, will collaborate with our Music specialist in Grades 6 to 8 and will also support English and Math instruction in Grades 6 through 8. After graduating with a Bachelor of Arts (in History and Political Studies) from the University of Manitoba, he completed a Bachelor of Education at the University of Winnipeg. He brings two years teaching experience to Gonzaga.  As a second generation Canadian who grew up in North Winnipeg, Antony appreciates the diverse traditions and perspectives of Indigenous and newcomer communities that make up North End and North-East downtown neighbourhoods. He brings a passion for integrating technology in the classroom and for developing students’ technology skills.   Antony also brings his experience as a Boys and Girls Club of Winnipeg Summer CSI Camp instructor to GMS. He looks forward to being part of the GMS team of educators helping to build safe, respectful learning environment combined with high expectations for all. 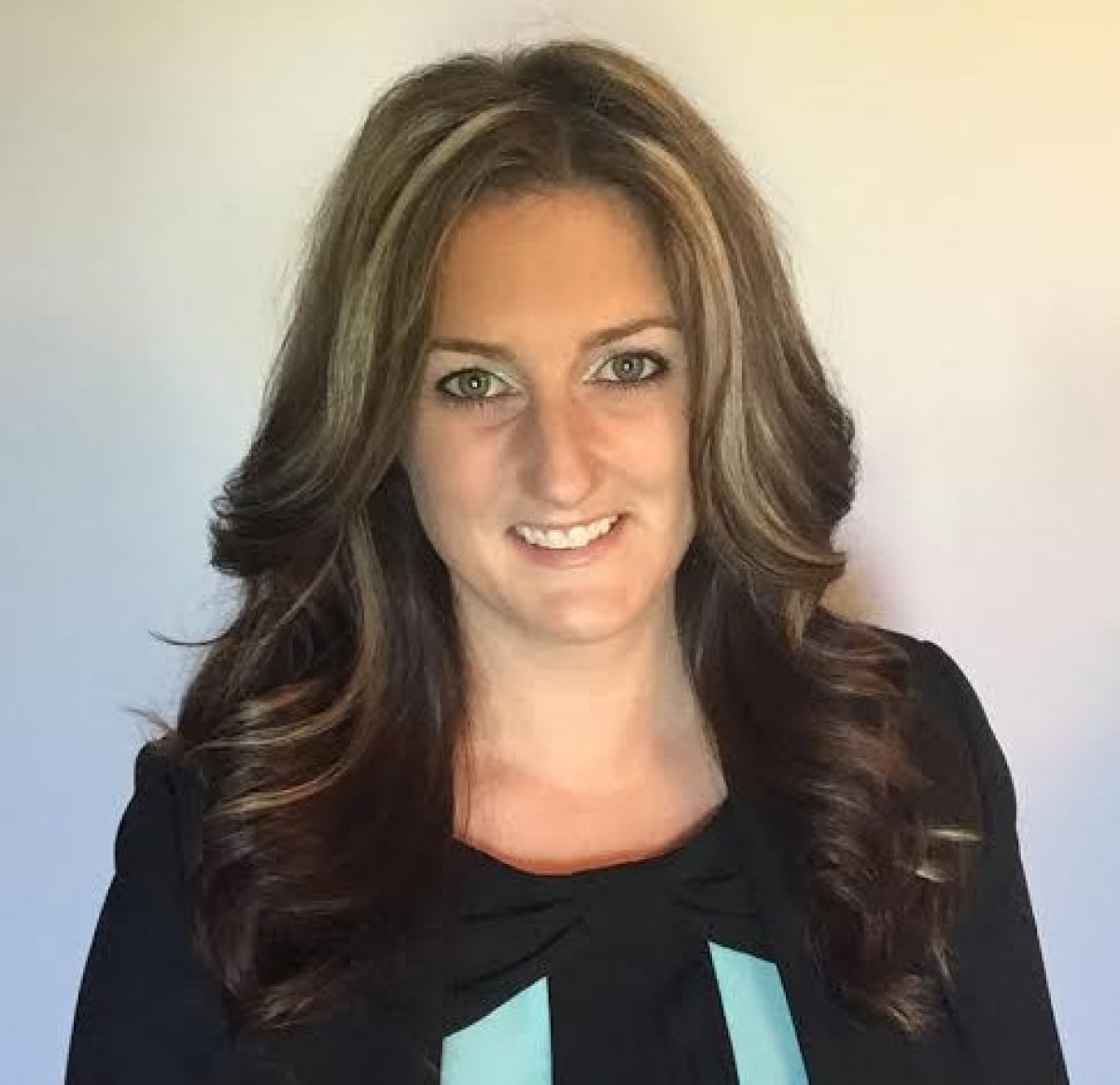 As a certified professional in Management and Administration (CIM), and Human Resource Management (HRM), Danica provides a diverse set of administration and human resource skills and brings years of experience in the human capital management, non-profit and indigenous culture and education sector.  As a former graduate of St. Mary’s Academy, and within a Metis family, Danica hopes to share her experiences, compassionate heart and humour with students and their families. She has the ability to build strong and trusted relationships through her commitment to high ethical and professional standards and willingness to take responsibility and be accountable in all that she does, both personally and professionally.  Through positive leadership, she looks forward to working with the GMS family, students, parents and the community. 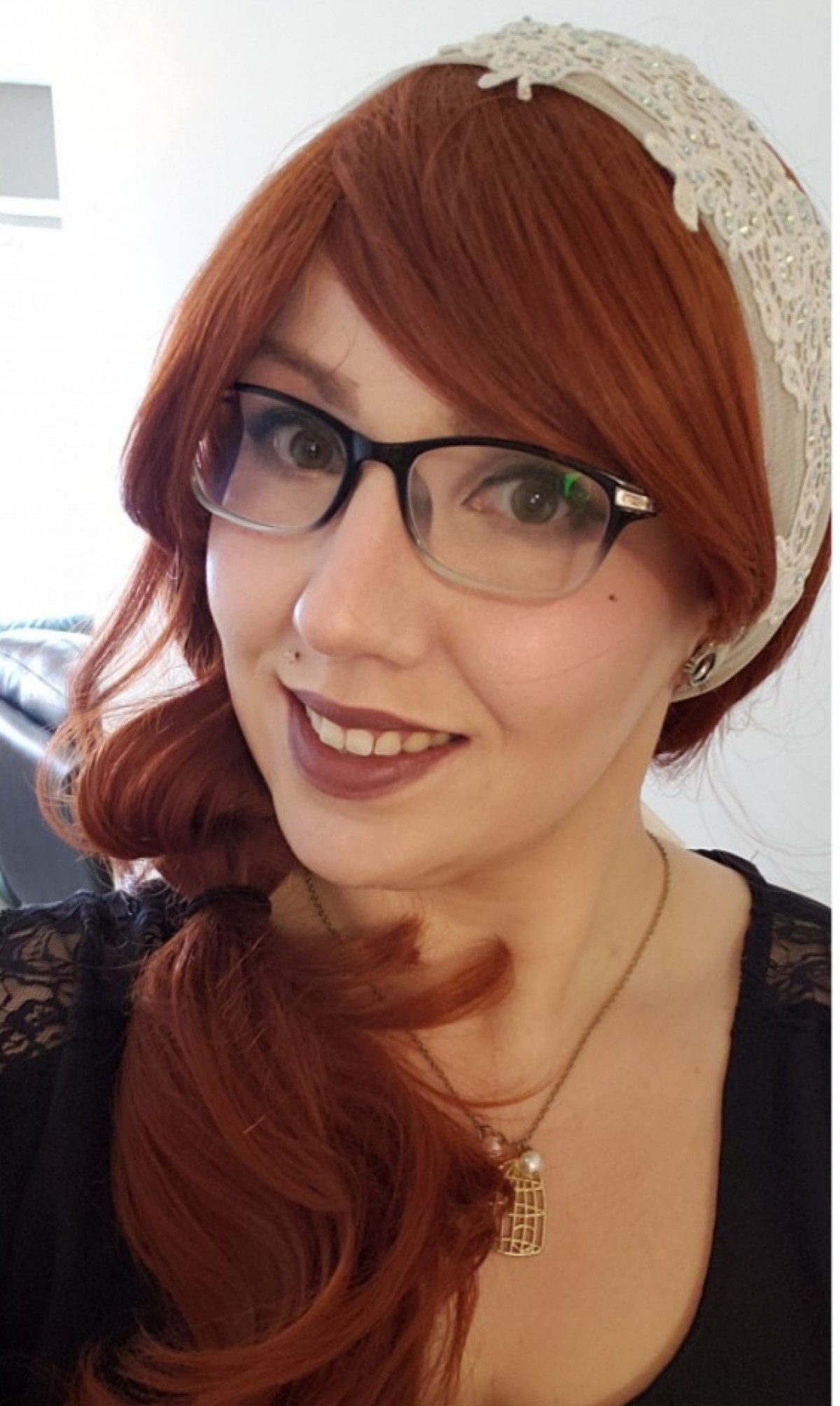 Katherine comes to Gonzaga Middle School with extensive experience as a chef and cook at diverse Winnipeg restaurant kitchens. She brings her knowledge of food preparation, kitchen management and sanitation, food sourcing and menu preparation to the well established nutrition program at GMS. She will maintain the nutrition and healthy eating practices at GMS and adherence to Manitoba school nutrition guidelines while using her creativity and experience to improve the nutrition program at GMS.  She works part-time at GMS preparing daily nutritious meals and snacks for the students and will be part of the Gonzaga team supporting student’s health and learning each day.

There are currently no positions available at this time.